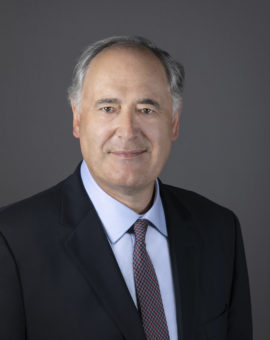 David Fermo was elected to the board of directors in June 2020. He is chair of the Audit Committee and serves on the Compensation Committee.

David’s career spans auditing, financial analysis, bond fund management and private fund banking. He initiated his career in South Africa as an auditor before moving to the U.S. to attend school. He worked for Paine Webber for eight years in various capacities, including as a financial analyst where he managed investment grade and mortgage bond portfolios. He spent six years at Goldman Sachs Asset Management where he led a team of professionals nationally who placed investment products managed by the firm with institutions, followed by 22 years at J.P. Morgan. There, he managed three positions encompassing both the Asset Management Division and the Private Bank, retiring in 2017.