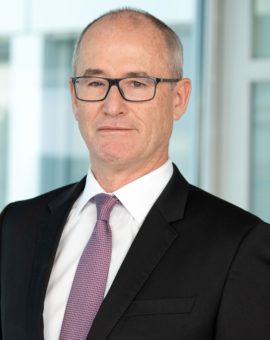 Peter joined the PolyMet board of directors in August 2019 and serves on the Technical Steering Committee.

Currently head of industrial assets for Glencore, Peter began his 40-year mining career in college as a student mine official with Anglo American Corporation and subsequently held various mining positions in its South Africa operations. That was followed by leadership positions at Rio Tinto mining operations in Indonesia, Australia and South America. He joined the Glencore coal assets business in 2000 and transferred to Xstrata in 2002 when Glencore sold its coal assets to Xstrata. He became Chief Executive of Xstrata Coal in 2008 and rejoined Glencore in 2013 when Glencore merged with Xstrata. He was appointed to his current position in early 2019.

Mr. Freyberg holds a degree in mining engineering from the University of Witwatersrand, Johannesburg, South Africa.