PolyMet Reports a Year of Significant Progress at Shareholders Meeting

St. Paul, Minn., July 9, 2014 PolyMet Mining Corp. (PolyMet or the Company) TSX: POM; NYSE MKT: PLM is pleased to report 63.82 % of the eligible shares were represented at its Annual General and Special Meeting of Shareholders (the Meeting) held on July 9, 2014 in Vancouver, British Columbia and all motions put at the meeting were passed.

Chairman Ian Forrest thanked shareholders for their continued support. Key milestones in the past year include publication of the supplemental draft Environmental Impact Statement, completion of a lengthy public review of the draft EIS and a strong rating by the U.S. Environmental Protection Agency.

Jon Cherry, President and CEO told shareholders the project has made significant progress during the past year. The environmental review process is nearing completion, with permitting set to follow shortly after the Record of Decision on the final EIS, he said.

The number of directors of the Company was set at eight. Frank Sims did not stand for re-election and was replaced by Matthew Daley. All other directors were re-elected. A table of election results is setout below.

We are grateful for the committed guidance Mr. Sims provided the board for the last several years, Forrest said. He has seen us through some difficult challenges and tremendous progress.

The addition of Mr. Daley to the board brings strong technical, construction and operational experience that will be important as we implement the NorthMet Project, Forrest continued.

Daley, a professional mining engineer, started his career with Mount Isa Mines in Australia, then held increasingly senior management positions with Xstrata plc in Australia, Asia and South America before moving to Canada with Glencore plc.

PricewaterhouseCoopers LLP was re-appointed as auditors of the Company and the board is authorized to fix the remuneration to be paid to the auditors.

The following persons were elected as Directors of the Company to hold office until the next annual general meeting: 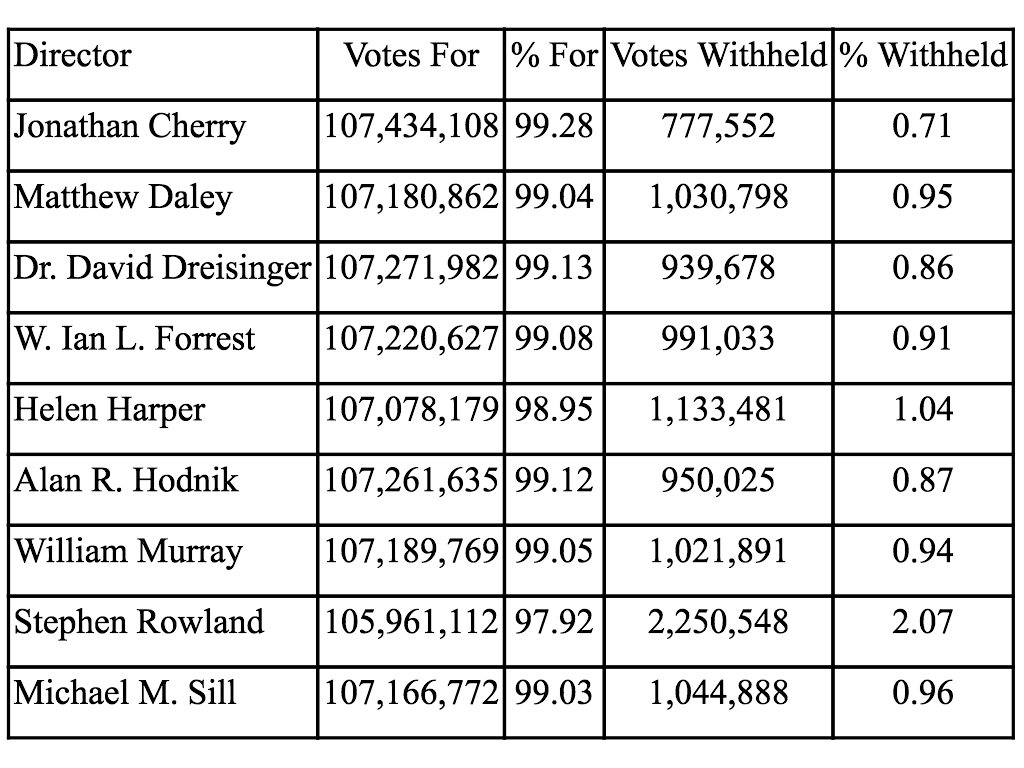