Reviewing the year, Jon Cherry, President and CEO of PolyMet stated, Our 2015 fiscal year demonstrated significant progress as a result of a tremendous amount of hard work on the part of the PolyMet team and its technical and legal advisors as well as by the various state and federal government agencies and their advisors and consultants. We continue to enjoy strong support for the project statewide and especially on the Iron Range, where we can strengthen and diversify the economy of northeastern Minnesota and continue its mining heritage.

Cherry continued, Complete and thorough analysis and review of the extensive comments on the SDEIS has been essential in order for the Co-lead Agencies to develop a robust final EIS and lay the basis for permits to be issued. This groundwork places PolyMet in a strong position as we progress through completion of permitting, arranging finance and then to the ultimate objective of building and operating the NorthMet Project. 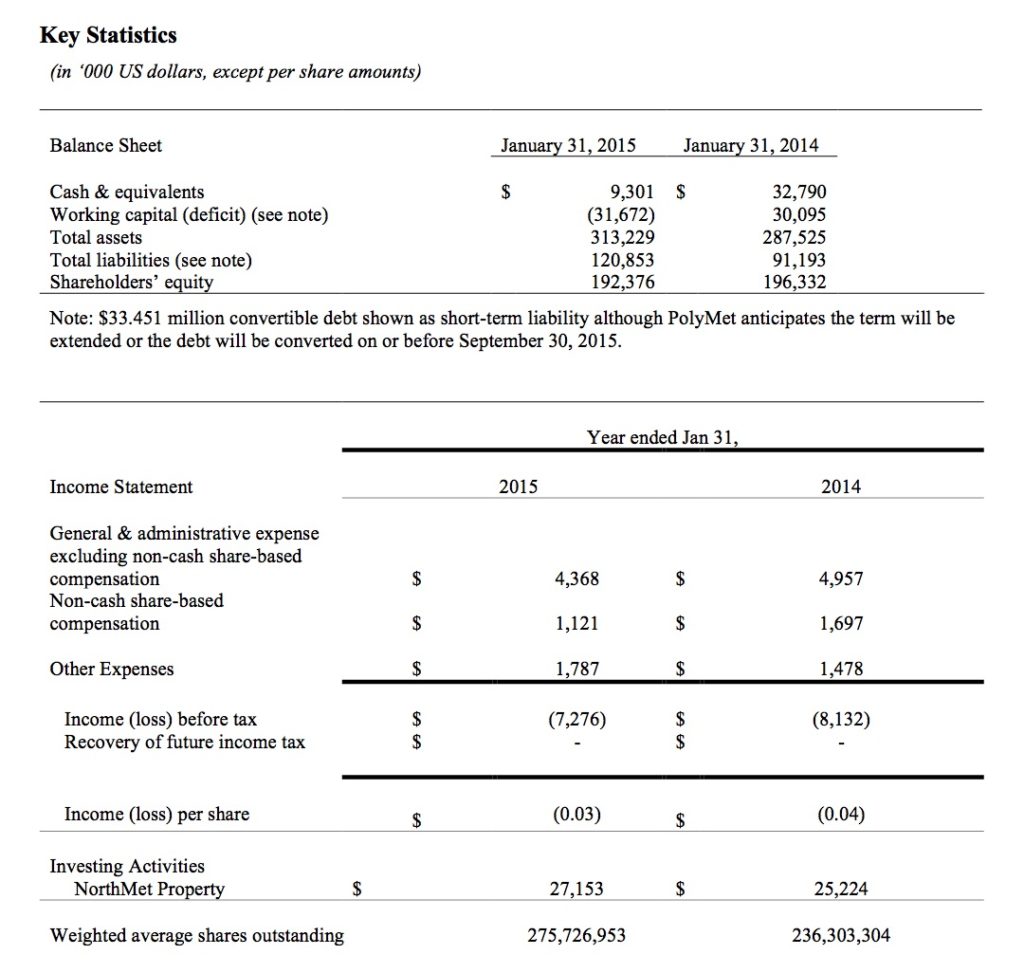 Specific reference is made to PolyMet’s most recent Annual Report on Form 20-F for the fiscal year ended January 31, 2015 and in our other filings with Canadian securities authorities and the U.S. Securities and Exchange Commission for a discussion of some of the risk factors and other considerations underlying forward-looking statements.