St. Paul, Minn., August 9, 2018 – PolyMet Mining Corp. (“PolyMet” or the “company”) TSX: POM; NYSE AMERICAN: PLM – today reported that it has filed its financial results for the three and six months ended June 30, 2018.  PolyMet controls 100 percent of the development-stage NorthMet copper-nickel-precious metals ore-body and the nearby Erie Plant, located near Hoyt Lakes in the established mining district of the Mesabi Iron Range in northeastern Minnesota.

The permitting process is managed by the regulatory agencies and, therefore, timelines are not under PolyMet control, however, decisions by the MDNR and MPCA are expected by the end of the year.  Given these circumstances, PolyMet’s objectives include:

As of June 30, 2018, PolyMet had spent $128.642 million on environmental review and permitting since the NorthMet Project moved from exploration to development stage. 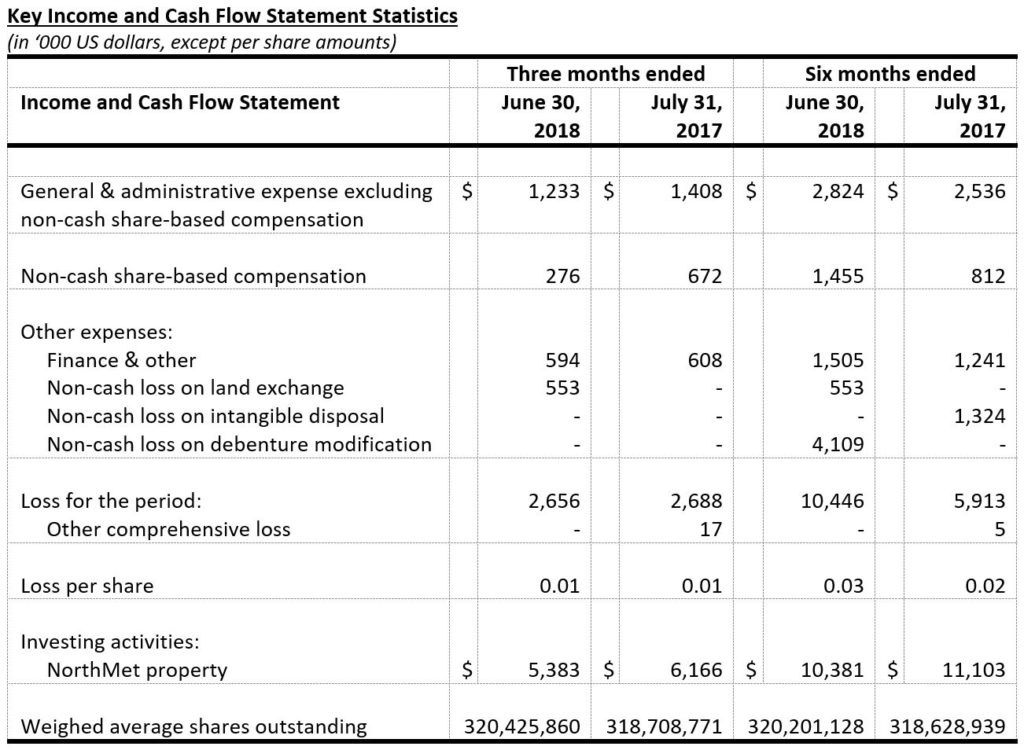