“We continued our forward momentum in the second quarter with the completion of the rights offering, cleaning up our balance sheet and allowing us to progress financing alternatives for the project,” said Jon Cherry, president and CEO.

PolyMet made significant progress during 2018 and 2019 to date.  Notably the company received key permits and approvals required to construct and operate NorthMet and secured title to the surface rights over and around the NorthMet mineral rights.  PolyMet also released an updated technical report which included an assessment of higher potential production scenarios, and secured additional financing to complete permitting, including required wetland credits and financial assurance, advanced final engineering and other activities to facilitate the transition to construction. 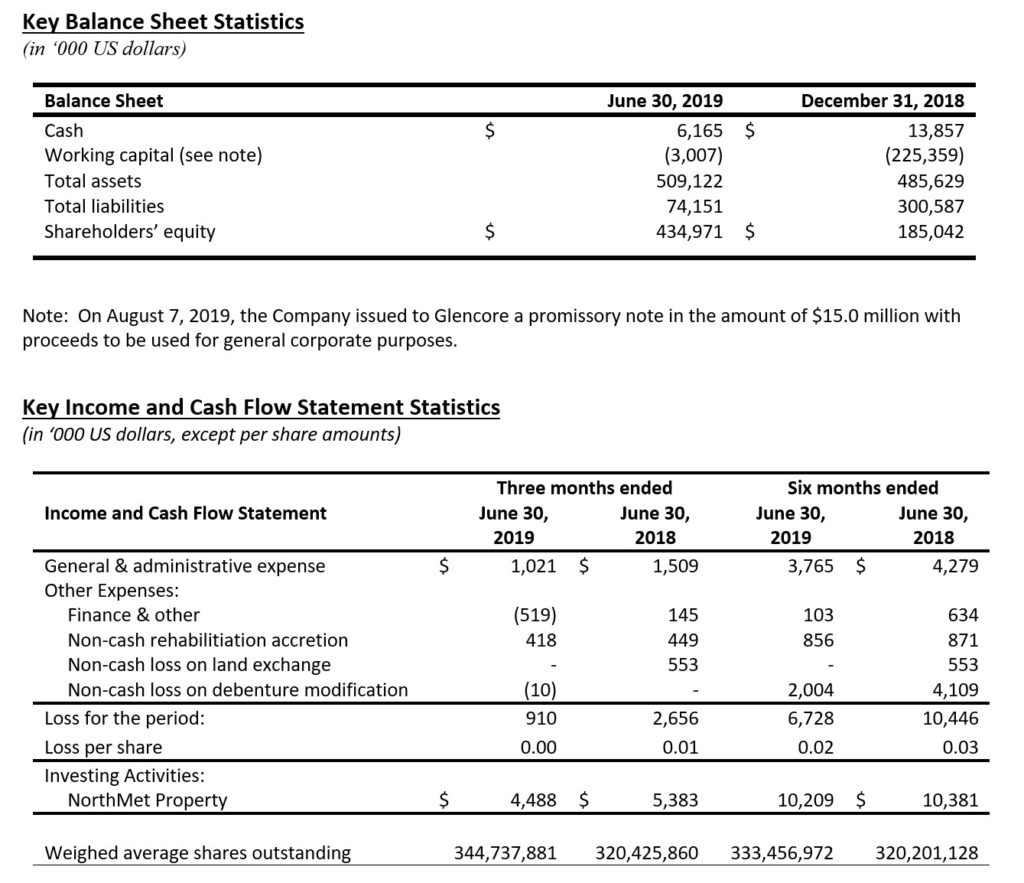 Notice of change of auditor

Effective August 9, 2019 and following Glencore’s acquisition of a majority shareholder position on June 28, 2019, PricewaterhouseCoopers LLP (the “Former Auditor”) has resigned as the auditor of the company.  There were no reservations or modifications in the Former Auditor’s audit reports and no “reportable events” as such term is defined in National Instrument 51-102.  PolyMet has appointed Deloitte & Touche LLP (the “Successor Auditor”) as the new auditor of the company.  The resignation of the Former Auditor and recommendation for appointment of the Successor Auditor was approved by the audit committee and the board of directors of PolyMet on August 9, 2019.  See additional details in the related filings on EDGAR and SEDAR.