St. Paul, Minn., May 13, 2019 – PolyMet Mining Corp (“PolyMet” or the “company”) TSX: POM; NYSE American: PLM – today reported that it has filed its financial results for the three months ended March 31, 2019.  PolyMet is fully permitted to construct and operate the NorthMet copper-nickel-precious metals mine and processing plant located near Hoyt Lakes, Minnesota. 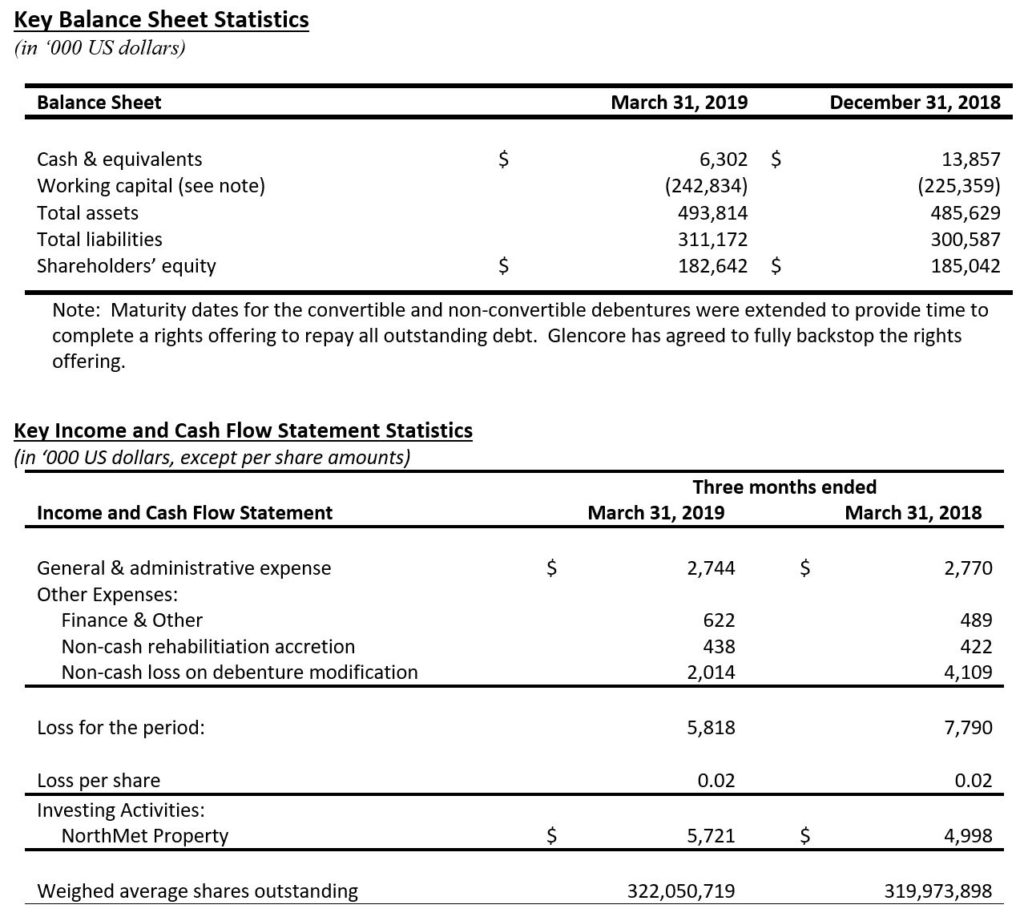