Significant progress was made during 2018 and 2019 to date.  Notably, key permits and approvals required to construct and operate NorthMet were received and title to the surface rights over and around the NorthMet mineral rights was secured.  PolyMet also released an updated technical report which included an assessment of higher potential production scenarios, and secured additional financing to complete permitting, including required wetland credits and financial assurance, advanced final engineering and other activities to facilitate the transition to construction. 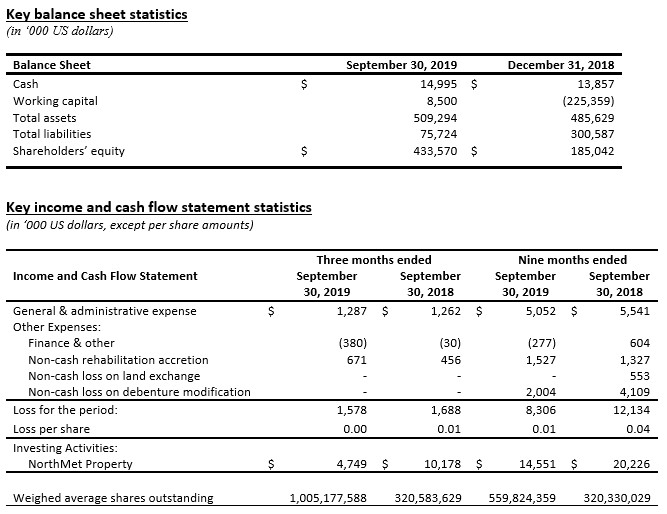