The financial statements have been filed at www.polymetmining.com and on SEDAR and EDGAR and have been prepared in accordance with International Financial Reporting Standards.  All amounts are in U.S. dollars.  Copies can be obtained free of charge by contacting the Corporate Secretary at First Canadian Place, 100 King Street West, Suite 5700, Toronto, Ontario M5X 1C7 or by e-mail at info@polymetmining.com. 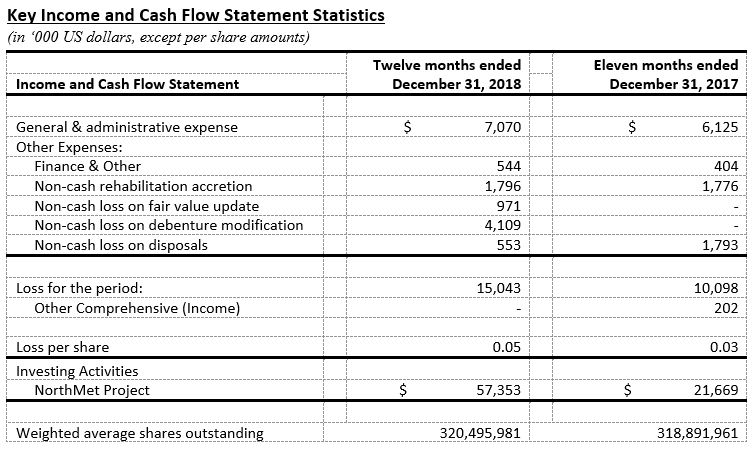 About PolyMet
PolyMet Mining Corp. (www.polymetmining.com) is a publicly traded mine development company that owns 100 percent of Poly Met Mining, Inc., a Minnesota corporation that controls 100 percent of the NorthMet copper-nickel-precious metals ore body through a long-term lease, and owns 100 percent of the former LTV Steel Mining Company processing facility, located approximately seven rail miles from the ore body in the established mining district of the Mesabi Iron Range in northeastern Minnesota. Poly Met Mining, Inc. has completed its Definitive Feasibility Study and received all permits necessary to construct and operate the NorthMet Project.  NorthMet is expected to require approximately two million hours of construction labor, create approximately 360 long-term jobs directly, and generate a level of activity that will have a significant multiplier effect in the local economy.