NorthMet is nearing completion of a decade-long environmental review led by the Minnesota Department of Natural Resources, the U.S. Army Corps of Engineers and the U.S. Forest Service as Co-lead Agencies and the U.S. Environmental Protection Agency and three Minnesota Chippewa bands as Cooperating Agencies.

At the same time, the expiration date of Glencores warrants to acquire 6,458,001 shares of PolyMet was extended to the earlier of the Early Maturity Event or December 31, 2016 and the purchase price was reduced to $0.9292 per share from $1.3022.

Goals and Objectives for Remainder of Year to January 31, 2016 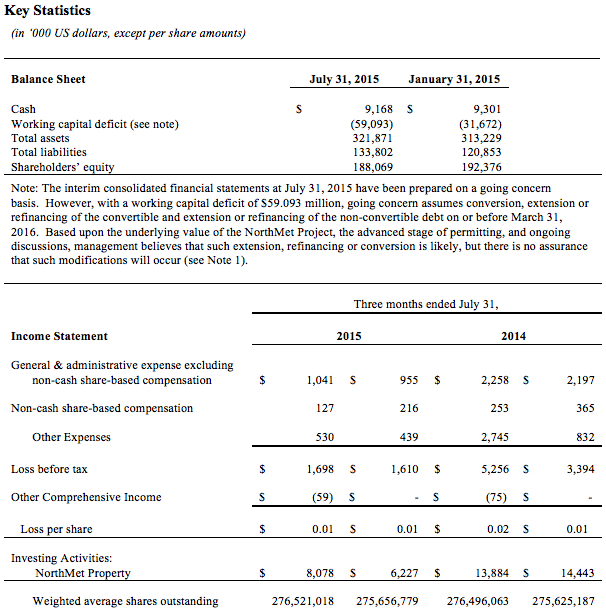 Specific reference is made to PolyMet’s most recent Annual Report on Form 20-F for the fiscal year ended January 31, 2015 and in our other filings with Canadian securities authorities and the U.S. Securities and Exchange Commission, including our Report on Form 6-K providing information with respect to our operations for the three and six months ended July 31, 2015, for a discussion of some of the risk factors and other considerations underlying forward-looking statements. The interim consolidated financial statements at July 31, 2015 have been prepared on a going concern basis but there are conditions that cast substantial doubt on that assumption.